Adjusting to Mexican Culture: Step One 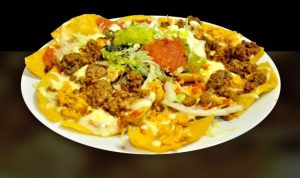 You’ve likely heard about several adjustments you’ll have to make regarding Mexico’s culture. Perhaps you’ve been advised to learn the language and develop more patience, both long-term propositions.

“Dios mio!” you might say (if you spoke Spanish) “All that could take years! I’m older, my attention span isn’t what it used to be and I’ll be in Mexico next month! Isn’t there a faster, easier way?”

Yes there is: Embrace the tortilla.

Once in Mexico, hay que renunciar (you have to leave behind) your former love, the crusty loaf of bread. You must leave that affair behind and love the one you’re with … the hot, fresh corn tortilla, that chewy, earthy incarnation of Mexican history told in a single buttered bite.

The sooner you embrace the tortilla; that is crave it, contemplate it, and ask for it over the desultory piece of white restaurant bread, the easier your whole transition to Mexico will be. This embrace will  bolster your authenticity and serve as proof positive that you belong, evidence of your Mexican spirit behind the gabacho facade.

Here’s what you need to know about the corn tortilla. (The flour tortilla’s history is different. You’ve probably never had a real Mexican flour tortilla.)

Tortillas are an ancient superfood – The corn tortilla, created thousands of years ago, became a superfood through a process known as nixtamalization. In an authentic Mexican tortilla, field corn sits in an alkaline bath for 12 to 14 hours, which breaks down the skin of the corn kernel. (The part that gets stuck in your teeth after you eat popcorn). Nixtamalization and lime (the mineral, not the fruit) make the corn more digestible and nutritious. An authentic Mexican tortilla has about the same amount of fiber as a slice of whole wheat bread.

The result of the process is masa, a dough from which many types of Mexican regional foods are made; gorditas, panuchos, and sopes, as well as tortillas.

Not all corn is equal: Tortillas are only as good as the corn they’re made from and its milling. Mexico has over 10,000 years experience growing corn and some say the soil of certain parts of Mexico, such as Oaxaca, carries that history (terrior) into the flavor of the corn, as happens with wines.

Tortillas are politically powerful – Combined with beans, tortillas create a near perfect and cheap protein. It’s a food so important to the Mexican working class that violent protests have occurred  when prices rose. So today the Mexican government controls those prices. In all Mexican states, tortillas are part of the canasta basica, a list of price-controlled necessary foods and products. Each Mexican state has its own canasta basica.

Dos and Don’ts of cooking your tortilla – Never, ever microwave a tortilla, especially not in front of a Mexican (who will look at you in great sorrow). Microwaving changes the texture of tortillas. They only take a minute to heat on a comal (included with many Mexican ovens) or in a frying pan. Since most Mexican ovens are gas, you can even heat them with tongs over the burner flame.

Tortillas are more versatile than bread.  You can’t put “just anything” between two slices of bread. You can put just anything into a folded, fried tortilla. From the half-can of refried beans in the back of your fridge to yesterday’s stir-fried vegetables or 30-second scrambled eggs, you’ll find that anything tastes good in a hot fried tortilla. They’ll be a godsend on the nights you don’t feel like cooking.

Care for your tortillas – Tortillas are served and kept hot in tortilleras, a woven straw basket with a soft, clean cloth inside. Otherwise they’re refrigerated, as authentic ones do not have preservatives.

Where to buy your tortillas – While you’ll likely buy many fresh tortillas (nopal, blue corn, white corn) from unmarked coolers at major grocery stores, they’re also sold by little old ladies from their homes. These little people will dart out from doorways like black market traders, handing off their small illicit bundles to grateful construction workers so quickly that you’ll wonder what you just saw.

Negotiating the price of your tortillas – Fresh tortillas are also found at OXXO convenience stores where cashiers sometimes sell them from behind the counter. The more clandestine tortillas dealers, noting you’re foreign, might ask if you prefer one pound or two pounds, which you’ll come to learn is thousands of tortillas. Surprise them by saying you’d like 20 pesos worth, 50 pesos worth, etc (a dozen or so tortillas).

How your tortillas should look – When choosing tortillas, usually the more yellow the tortilla, the fresher. A very white tortilla can indicate a “bleaching” of ingredients. If your tortillas become dry, using a plant mister is a great way to revive them.

A word of warning – Fried tortillas can become an addiction. Eating too many is the leading cause of the dreaded “tortilla belly” my Mexican girlfriends bemoan. As with any new love, you can become so thoroughly infatuated that you don’t notice the first signs of betrayal. Limit yourself to two tortillas a day.

Develop a healthy, balanced relationship with your tortillas and they’ll serve your diet, and personal image, very well in Mexico.

Kerry Baker runs the website/blog Ventanas Mexico (Ventanasmexico.com). She is the author of three books, The Mexico Solution: Saving your money, sanity and quality of life through living part-time in Mexico, If Only I Had a Place (a guide to renting in Mexico) and The Lazy Expat: Healthy recipes that translate in Mexico.