Before You Leave for Mexico, Visit Your Doctor, Dentist, and Maybe Your Auto mechanic 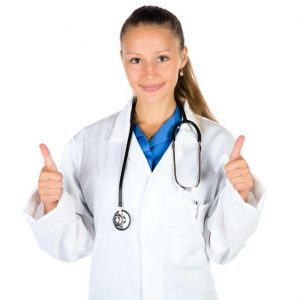 Whenever you move to a new place NOB (“North of the Border”; the US and Canada), you establish new service providers, and none are more important than your doctor and dentist.  Sometimes, this takes a while and sometimes, there’s an emergency before you’ve done it.  As with so many other considerations about your move, moving to Mexico is just like that, only more so.

Just before you leave the US or Canada, you may want to have that final checkup at your NOB doctor’s office and final dental cleaning at your NOB dentist, just so you don’t need a root canal while en route to your new home in Mexico or soon thereafter and have to start asking people for recommendations to the local endodontist, all while you’ve got this throbbing pain in your head.  Like so much other preparation, this problem probably won’t happen, but if it does and you’ve planned ahead, it won’t be a big deal.

While you’re visiting your NOB doctor or dentist, please let them know you’re moving to Mexico and ask them for all the documentation and records they have that would be useful to your new doctor or dentist, including your list of any allergies.  These records belong to you and NOB doctors and dentists are usually very happy to provide them.

While you’re there, ask for a list of medications you take on an ongoing basis.  Then, check to make sure you have enough for an extended period of time (well after you arrive in Mexico) and that you can get your medications in Mexico.  If you don’t have enough, have your doctor write a prescription so that you do.

And while we’re on the subject of preventive maintenance, if you’re planning on driving your car into Mexico, have that NOB 108-point check enough beforehand so that, if they find something, you can have it fixed before you leave, rather than on the side of the road in Mexico next to a bemused goat in a corn field between two towns whose names you can’t pronounce.