We just started a new feature at Best Mexico Movers wherein we introduce some of the clients we recently moved to Mexico. Please join me in welcoming Susan Cole Bainbridge to Ajijic and when you see her around town, give her a big Lakeside welcome.

Where did you move from?

Where did you move to?

What work did you do in Chicago?

What was it about Ajijic that caused you to want to move here?

Pretty much everything. The people, the culture, the climate, the food, the services, etc.

What are your plans here over the next few years?

I’d like to just to relax and enjoy it here. I purchased a house in the village with a great mirador and a view of the lake and the volcano Garcia in the distance. It’s lovely. 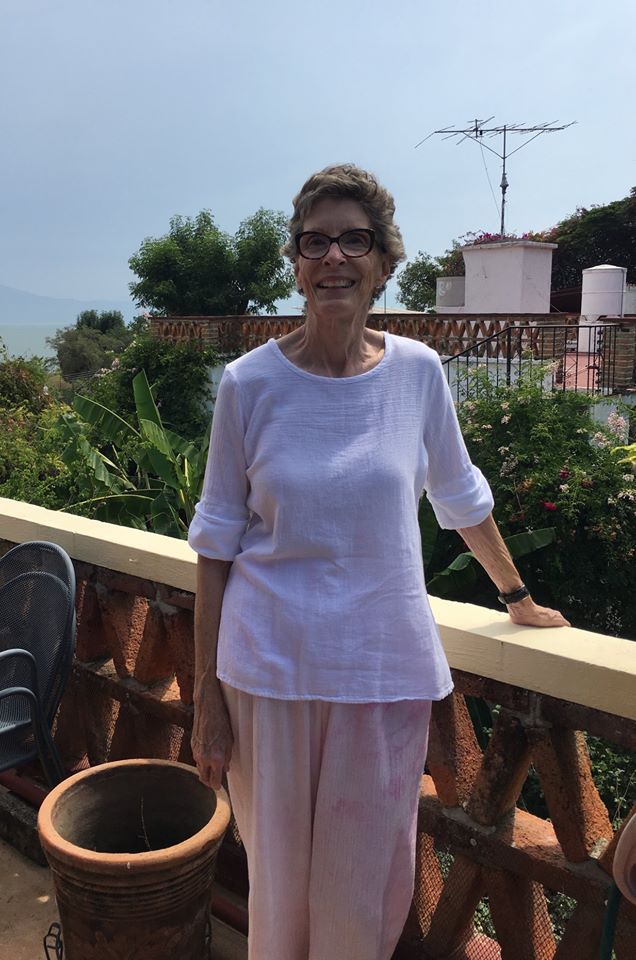 What are you most looking forward to doing at your new home here in Ajijic?

I’m looking forward to enjoying the serenity. In contrast, living in Chicago was stressful. After all, Chicago is a big city. This is my biggest challenge and opportunity of living in Ajijic —letting go of always being “on,” and looking to get the next thing done.

I’m also looking forward to traveling within Mexico to see more of this beautiful country.

What do you wish you knew “then” that you know “now”?

That you can’t necessarily rely on the expats here as being experts in everything. Sometimes, you get completely conflicting advice from different expats to the same question! (A good example of this is anything having to do with immigration.) My advice is to talk to as many people as you can… and then find a professional.

What hobbies and other activities do you plan to do here?

I plan to do a lot of gardening, including learning about the climate and the zones. I also plan to learn Spanish. I want to communicate with the wonderful people here and be part of the community. After all, it’s their country; not mine, so I should learn their language.

If you had to do your move all over again, what would you change?

I don’t have any regrets. Lots of great things have happened to me.

What’s the first thing you did after you put away your household goods?

I laid down on my bed and cried because my dog wasn’t here with me. Usually, when I would go to my bed, my dog would jump up.

What was the most stressful part about moving to Ajijic?

The most stressful part of moving to Ajijic was having to come without my dog. He isn’t good with loud noises like we can get here in Ajijic, including the cohetes (fireworks). Also, he needs a back yard and I can’t give that to him here.

It all did seem to work out, though. About five days before I was set to move here and still having concerns about bringing my dog, a friend and mentor of mine in Chicago who is 93 years old called and was very upset about something. It turned out that her puppy had died. At that point, it was clear to me what I was called to do—I offered my dog to my friend. Then, after she accepted, I cried for four hours. (My friend never knew.) Now, my friend is so attached to my dog that to take him away would break her heart. Fairly soon, I will adopt a dog here in Ajijic.

What were you most happily surprised by about moving to Ajijic?

The easiest part for me about moving to Ajijic was the part of the move with Best Mexico Movers https://bestmexicomovers.com/. Once everything got on the truck in Chicago, everything went smoothly.

Is there anything you would like to ask from the community?