Things You Can't Get in Mexico and Should Bring to Mexico

Before You Move to Mexico, Figure Out What to Take and What to Leave, Without Being Bullied 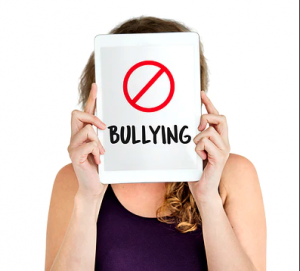 Every month or so, I see a question posted to a Facebook group something like this: “How much of my household goods should I move to Mexico?”

As sure as night follows day, you will see answers like:

“Just show up with two suitcases, like we did.”

“You can get whatever you need here in Mexico.  Just bring your photos.”

“You’re coming to Mexico to live in Mexico.  Don’t bring down all your gringo items!  Live the culture here, not like they do in the US, with all its gross materialism.”

Very rarely will you see a comment from someone who brought down their mattresses, furniture, couches, etc. and advised the person asking to do the same.  Why is that?  The reason is that, if this person who brought down more of their household goods than those barking their directives has been on Facebook for any length of time, they will have seen that anyone who has given an answer to take more items would experience a pretty savage and public attack for their views.

Then, after everything calms down, in a month or so, the cycle repeats, with another innocent newbie asking the same question and pretty much the same Facebook veterans saying pretty much the same thing while others who don’t want to be attacked stay silent.  You can almost feel the piranhas as they prepare to feed.

Of course, the decision as to what each person brings down or does not bring down is a personal one, having as much to do with how much emotional, sentimental and material comfort each person receives from their own items (many times accumulated over a lifetime of travel and hard work) as it does with how much each person has actually accumulated and how much budget each person has to bring it down.  Perhaps you bought a sculpture while on honeymoon or a toaster on the same trip to the store where your husband proposed to you, so while for the jackals on Facebook, your sculpture is nothing special and your toaster should be replaced with something new you could buy at Wal-Mart in Mexico, they may have very special meaning to you and it just makes you happy to have them around.  (After all, they are part of your life.)  I would never give blanket advice on how much or what items a complete stranger should bring down, so on the face of it, such advice is ridiculous for me to give to a stranger on Facebook, because I wouldn’t know anything about that person.

I can, however, make some observations.

Quick story.  Several months after we moved here, we invited some new Mexican friends (a man and his wife) to our home.  And before you get the wrong idea (because it’s relevant to the story), please let me explain that these are Mexico-born Mexicans, not US-born Mexicans.  They were both born and raised in Mexico, moved to the US as fully grown adults, and then, after the financial crash of 2008, as the man was telling us their story, they were forced to move back to Mexico.

When it came time for the man to relate to us the part of the story where he told us what items they brought back from the US to Mexico, his speech became progressively slower and his voice progressively softer until, even with our heads bent forward, it was getting difficult to hear him.  Then, he looked down and away from his wife and other than some barely audible mumbling, pretty much stopped talking completely.  After a short pause, his wife, in a voice that was quite strong, clear and easy to hear and understand said, “And he forced me to leave lots of my things in the US!”  As the man continued to look down in shame, his wife shot him a look that would be described in Hawaii as “stink eye.”  You don’t have to be Hawaiian to get the gist.

And they were visiting us in 2018, a full 10 years after the infamous event.  It was the wound that would not heal.

Would you and your significant other be like our new friends in Mexico?  I don’t know.  That would depend.  However, to make the argument that bringing your good or cherished items to Mexico is somehow politically or culturally incorrect is a bit silly.

No, Virginia, you cannot get everything you “need” here in Mexico.  Of course, the full answer to this question revolves around what you “need.”  To take an extreme example to make the point, some people only “need” water, food and a medium-sized lean-to or they can live out of their 1965 Volkswagen van.  I have been told that Mahatma Gandhi could fit all his worldly possessions in one shoe box.  However, people more average than the random ascetic or world famous advocates of non-violent resistance to British colonial rule may like and appreciate more creature comforts. If you plan on being happy in Mexico, you need to assess your “needs” without regard to what anybody else says you should need because in the end, their opinion about what you “need” isn’t important; only yours is.

In contradiction to what you read all the time on Facebook, the facts are that some things you can’t get in Mexico, others are rare, and if you could get them, are very expensive.  And don’t count on picking up that used comfy La-Z Boy for a great price at a secondhand store.  The good items go very quickly (obvious reason: these items are hard to find here), and the ones that you may get to first, if you’re lucky enough to have that happen, are much more expensive than in the US.

Another Mexican friend we made here (once again, born in Mexico, lived in the US only as an adult and came back) told us that his similarly born Mexican wife forced him to bring their American-style couches and mattress she had become accustomed to when living in the US.  Luckily for the health of his marriage, he complied, and was very happy to tell us about it, placing himself as the hero of the story, giving his wife what she “needed.”

(Check this out for a sometimes humorous but informative look at what people cannot get but want in Mexico.)

Mexican furniture can and often is very beautiful, with hand carved pieces costing a mere fraction of what they would cost in the US.  However, from the perspective of anyone who has lived in the US or Canada and plunked themselves down into a nice comfy NOB (“North of the Border”) couch, Mexican furniture can also be quite uncomfortable.  And as my wife Jet says, “You didn’t come to Mexico to suffer.”

From the perspective of someone who has slept on an American mattress, Mexican mattresses can also be quite uncomfortable.  And don’t be fooled that they have the same brand names as in the US and Canada—regardless of brand name, mattresses in Mexico tend to be made for the Mexican market and Mexican sensibilities, which can be quite different than yours… or perhaps not.  The point is, don’t take anyone’s word for it; try for yourself.

My wife also tells me that the baking dishes and other baking implements are a bit different (mostly, smaller) here in Mexico, so if you like to cook and /or bake and want to use your existing recipes, you should probably bring down what you use.  It doesn’t take up that much room, and you may not be able to replace them easily here.

Of course, all other things being equal, it will cost you less to move a smaller volume of your household goods than it would cost you to move a larger volume.  However, before you too ruthlessly cull your possessions, inform your decision beforehand on how much you should get rid of by having the actual costs of different scenarios of moving more or moving less.  You may be surprised.  Legitimate commercial companies such as Best Mexico Movers have certain minimum costs for expenses such as insurance, compliance with regulations, certified drivers, etc., that don’t change if you bring one box or 500 boxes.  For example, if you bring twice as much volume, your cost will not be anywhere near twice as many dollars.  I urge you to find out early in the process, so you will know exactly how much to give away and you won’t have needless regrets.

I close this section with some observations from my wife, Jet. You may not be like Jet and you may disagree with Jet, but I know that Jet speaks for many people.  How do I know?  People tell her.  When she writes something on the topic, she gets comments all the time such as “I’m with Jet!” and “I’m so happy you wrote what you did.  You’re just like me.”

Jet says, “You worked all your life to surround yourself with the things you cherish and love, and you did not come to Mexico in order to give them all up and live like a monk.”

Or, because I don’t know you, perhaps you did come to Mexico to live like a monk.  The point is, it is your decision, so don’t be bullied.  Here’s my advice: