Please join us in welcoming two of Lakeside’s newest residents: Mark Rochon and Lisa Beeman Rochon. Please say “hi” when you see them around town. Here’s Mark’s and Lisa’s story…

Where did you move from?

We moved from Martinez, California, which is in the east San Francisco Bay area. Martinez is a historic little town with several claims to fame. It’s where the martini was invented, the birthplace of Joe DiMaggio, and has the home of John Muir.

Where did you move to?

San Antonio Tlayacapan, which is between Ajijic and Chapala. 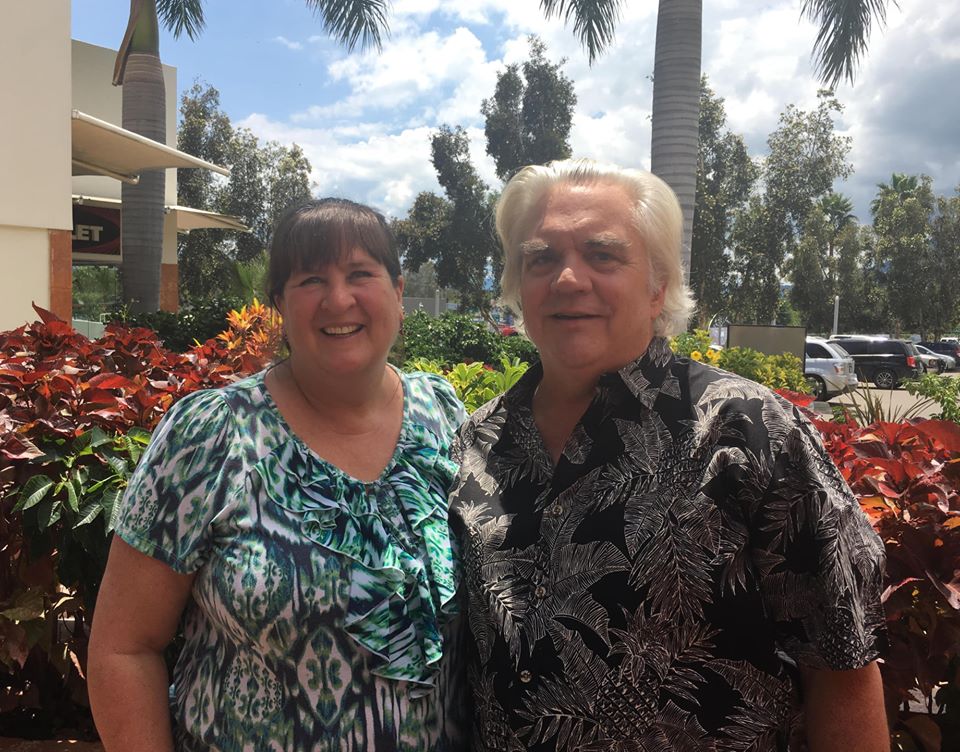 What work did you do in Martinez?

Lisa: I was an elementary school teacher. I taught 1st grade in a mostly lower-income, English Learner community.

Mark: I worked as a manager in computer information technology, mostly in retail systems, where, among other things, my degree in accounting came in handy.

What was it about the Lake Chapala area that caused you to want to move here?

Both: We had been coming to Mexico for years, sometimes many times in a year. We like to plan, so our 10-year plan was to move to Puerto Vallarta. Then, a few years ago, we were in Puerto Vallarta and started to notice things. For example, it was January, and it was still quite warm. This prompted us to reconsider the climate we would be comfortable in. Also, Puerto Vallarta was touristy, and it was fairly expensive. It’s a lot different when you consider living in a place as opposed to being a tourist.

So, we started researching the Lake Chapala area. That summer we came to visit for the first time. We stayed in Ajijic at Nueva Posada. We used Facebook a lot, first to connect with people online and then, to meet them in person, in real life, right here at Lakeside. Lots of people were willing to meet with us. It was great. We were charmed enough to take our 10-year plan down to five years. We’ve been back to visit several times since and loved it more every time.

Mark: In January of 2018, I got “downsized,” which altered our thinking a bit. I decided I was retired, not unemployed. It was time to take out the spreadsheets again and plan our retirement. The five-year plan became the year-and-a-half plan.

What are your plans here over the next few years?

Mark: My plan is to see what I become when I don’t have to go to work.
Lisa: We don’t really have plans, but we do have lots of ideas. We’re relatively young to retire, so hopefully we have a lot of time to find out who we are when we don’t have to work. We don’t plan to “reinvent ourselves”, so much as enjoy a second young-adulthood.

What are you most looking forward to doing at your new home here at Lake Chapala?

Lisa: Traveling and discovering more of Mexico, not as a tourist but as a resident here. It is much less expensive to travel when you start within the country. Also, we want to do what we couldn’t before, due to my teaching schedule– travel at times when everyone else isn’t.

What do you wish you knew “then” that you know “now”?

Mark: Not much, because we did so much research ahead of time. We are in awe, though, that all our plans worked.

Lisa: If we had to pick one thing that we’re glad that we did NOT know, it would be that our house would sell for much less than we had planned. If we had known that, we might not have had the courage to make the move, and that would have been a mistake. We’re so happy we did it and we’re here!

What are you most passionate about?

Lisa: I’m passionate about teaching. It’s not just a job; it’s a calling. I’m not done working with children… I’m just done getting paid for it.

What advice do you have for anyone moving here?

Lisa: Do your research.

Mark: We did extensive research on Facebook and any other place we could find. Then, my advice is to come down and visit, but not just one area, all different areas.

Mark: Come for the adventure. Work to speak the language. Duolingo is good for that. Right now, I can get by, but I’m working on getting better.

What was your biggest misconception about Mexico?
Both: We had very few misconceptions, because we did our research and travelled in Mexico a lot before we moved.

What hobbies and other activities do you plan to do here?

Mark: I plan to do more music. I play the guitar and the mandolin. I’d like to do all the things I’ve dabbled in in the past but didn’t have the time to do more of; to re-kindle many of my interests. For example, I love to read and to do art—drawing and painting. Also, I do card tricks. I grew up in Anchorage, Alaska, where I was on the Mother Moose television show once a week. My younger brother thought I was a star.

Lisa: I’d like to take ceramic classes. I’d also like to read, garden, cook, paint, and take welding classes. I guess I have some wide interests.

What’s the first thing you did after you put away your household goods?

Lisa: We still haven’t put everything away! My mom will be visiting soon, and we do plan on exploring the Guadalajara area more.

What was the most stressful part about moving to San Antonio?

Both: Driving here with six cats.

Lisa: Driving here with the cats was a little terrible, but now, it’s done. That’s how it’s worked for us– we had a plan, we knew it wouldn’t be great, but now, it’s over.

The hardest part was saying our goodbyes, including selling our house with all its memories. It was very emotional. We had great lives and a great house. But if we stayed in Northern California, we would have had to work until we died, so we changed our plan. We have no regrets, but it was not easy.

Mark: There are so many details: like banking, phones, moving the cats, etc. I had 137 to-do items on four lists. But it all worked out.

Both: It was also stressful that we had not sold our house when we left, but it’s finally closed now.

What were you most happily surprised by about moving to the Lake Chapala area?

Both: That it worked! We’re here!! It still feels like a dream.

Also, it’s nice to be able to communicate with our family and friends in the US remotely just the same way we did when we lived in California.

Is there anything you would like to ask from the community?

What would you say about fitting in here at Lakeside?

Mark: Living here at Lakeside is socially like just entering college or high school. The people here are so open to having new friends.

Both: When we were in California, we just had our work friends and our family, but not much else, because we didn’t have the time for it. Already, we have more friends here than we had north of the border. That’s really nice.