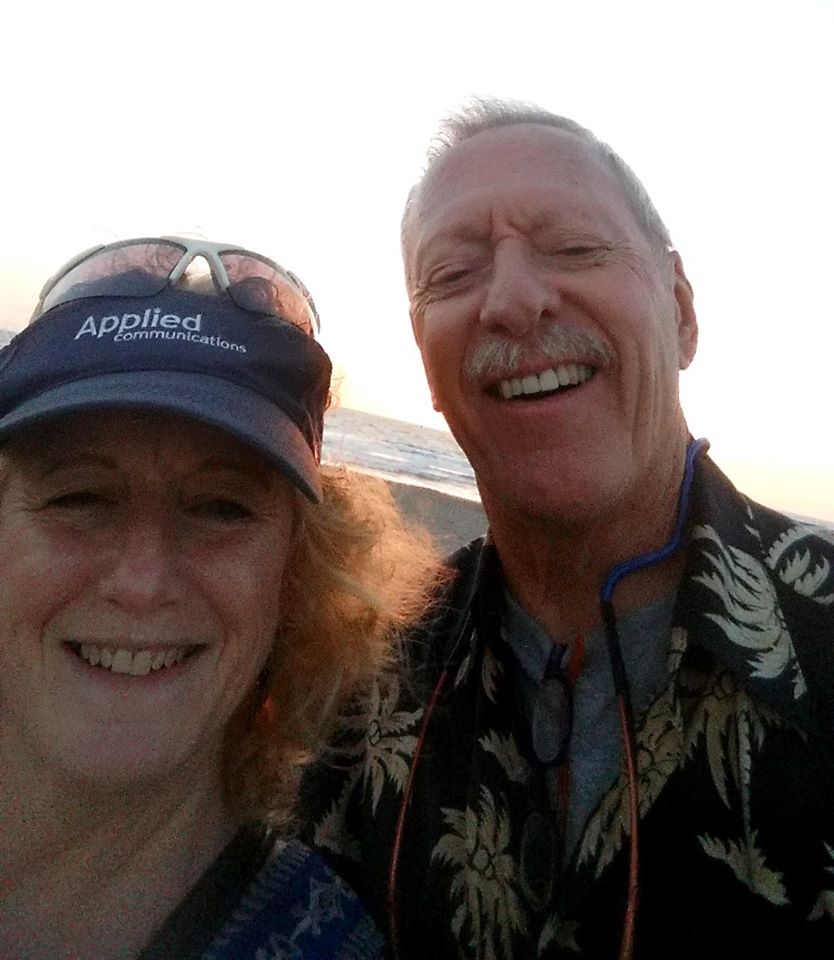 We ask many of the people we move to Lakeside to introduce themselves to the community. Here’s an entertaining and useful account with lots of good insights and advice about the move and living here written by one of your newest neighbors, Patrick O’Heffernan.

Moved from Los Angeles at the beginning of July into a house in Ajijic we had owned for 2 years.

Picked Ajijic on advice of a friend, visited it, loved it.

Live in town, just above the Careterra. I have an office/studio on Constitucion 1 block for the LCC.

Both of us are still working; I write music reviews, articles for a local newspaper, and broadcast a radio show; Lynn consults to US TV networks.

HOW WAS THE MOVE.

Moving to another country is never easy. I learned that when I did a bare bones move to Singapore in the 80’s. Even working with that county’s super-efficient bureaucracy, a very few belongings, and a job editing a major magazine, there were glitches and things that did not work. Moving to Mexico with a truck full of belongings and a dog was even more daunting. However, as we had owned the house in Ajijic for two years, visited often, and had many friends there, it was not scary – just logistics, logistics, logistics. Here is the much abridged story of logistics, logistics, logistics.

I approached it as I would any major project: what are the key steps that have to be completed before I could move on, what steps could be done in parallel, and who could I bring on to help make it happen. I laid out a timeline and a work program. The major steps were a Temporal visa, downsizing, packing, preparing to get a car and a dog across the border, and contracting to move our possessions.

Ironically, the most vexing step was getting the Temporal visa from the Mexican Consulate. The LA Consulate is so disorganized that it took months just to get an appointment, even though I had a contact with a Deputy Counsel General. Acting on the advice of our legal advisor in Ajijic, we gave up on LA and applied through Las Vegas and got it one day.

Downsizing was a constant process. What did we want to keep, to sell, to store and come back for later? We wanted to hold our cost down by limiting ourselves to 600 cubic feet (we almost made it) by selling most of what we had. Since we were moving into a fully furnished house in Ajijic we did not need most of our furniture (my daughter appreciated some of it). I wish we had brought the file cabinets, stereo and a couple of other things, but for the most part, we hit it right.

We selected Best Mexico Movers on the basis of recommendations on various Ajijic websites. It was the right move. Chuck reduced our logistics to the point where the actual move was the easiest part of relocating to Mexico. He helped us lineup packers, the truck, prepare the dreaded manaje documents, and advise us on the best way to drive from the LA to Ajijic (through Nogales). We might have been able to do it without Chuck, but we might still be in LA doing it if we had tried.

We took 6 days to drive with our dog in pretty well-packed SUV, filled with stuff Chuck advised us not to pack in the truck. We had arranged for hotels along the way that took dogs. We had all the papers needed to get the car in and get the dog in. We had been studying Spanish in LA (the second largest Spanish-speaking city in the world, after CDMX, so it was familiar to our ear, if not our brains). The dreaded border crossing was a snap…. actually enjoyable. Aside from getting lost temporarily looking for the immigration station at Kilometer 51 (it’s between kilometers 240 and 250 – don’t ask) we had no problem. The Customs lady petted the dog, complimented our Spanish, told us in Spanish how to find immigration, and waved us through. The Mexicans at the car registration window were very helpful. It was a breeze and we met some nice people.

There Is a reason Mexico is listed in many travel sites as the most welcoming country in the world. It is, and I have been to, lived in or worked in 50 of them. Mexicans are naturally polite and naturally helpful. But, if you are thinking of moving to Ajijic or anywhere in Mexico besides the Americanized coastal resorts like Cabo because magazines and websites tell you it is Miami Beach on the cheap, it’s not. It’s Mexico, and Mexico is noisy, dirty, illogical, and frustrating. It is also welcoming, friendly, helpful, musical, warm, colorful and joyful. And it is cheap by US standards. But it is Mexico and you have to adjust to it, not the other way around. You need to learn and understand the people of Mexico – their history, their customs, their language (yes, really- learn at least enough Spanish to show you care), their priorities – number 1 of which is la familia. I once complemented the woman who runs the agency that manages my home on her success, and her response was “I am very happy because my business now supports 6 families”. That was her measure of success, not profit, but families.

Because ex-pats have been in Ajijic for 60 years, there are many established organizations, intermarriages, business partnerships, joint celebrations, so it is easy to learn about and become comfortable in your new home. And the local Mexicans will treat you with respect and friendliness if you do the same. But remember, everything is built on relationships and it is a small town, so everyone knows everyone else and things happen through relationships built over time, (and as a gringo, best to avoid local Mexican politics).

So, when you are stuck behind the garbage truck on a narrow, cobblestone downtown street which is waiting for gas truck to unload cylinders into a business, don’t honk, yell, or get frustrated. There will come a time when you will be stopping in the middle of a narrow street to load something in your car and others will wait for you.

Also, you are always a representative of the ex-pat community. Get involved; volunteer, go to the 101 Ajijic celebrations a year, get a selfie with the Queen of Ajijic, wear your own rebozo (shawl) to the Desfile (parade) of Rebozos and talk with the woman who model them as the parade around the Plaza, donate to the Potranquitas (3 -7 year old girls who ride stick ponies in complex drill team maneuvers), tell the Ajijic Delegado you appreciate him personally filling potholes on the Carretera when the Federales won’t do it (and then you can ask him to replace the burned out light bulbs in the stoplights at the the intersection at Calle Revolución). You will be welcomed, loved and happy.

We have acclimated pretty well. I am writing for the local Spanish language newspaper, helping them get an English edition off the ground. My wife is in rehearsals now for her role in the Little Lakeside Theater’s first production, and we have Spanish classes twice a week. I have learned that the traffic rules are often “guidelines”, that driving to Guadalajara is no big deal, even at night, and that there is a ton of good music n Ajijic. And that it rains. A lot. And not just at night like the real estate people tell you. But it is ok. It means you can kick back with a beer and a book instead of doing chores outside.